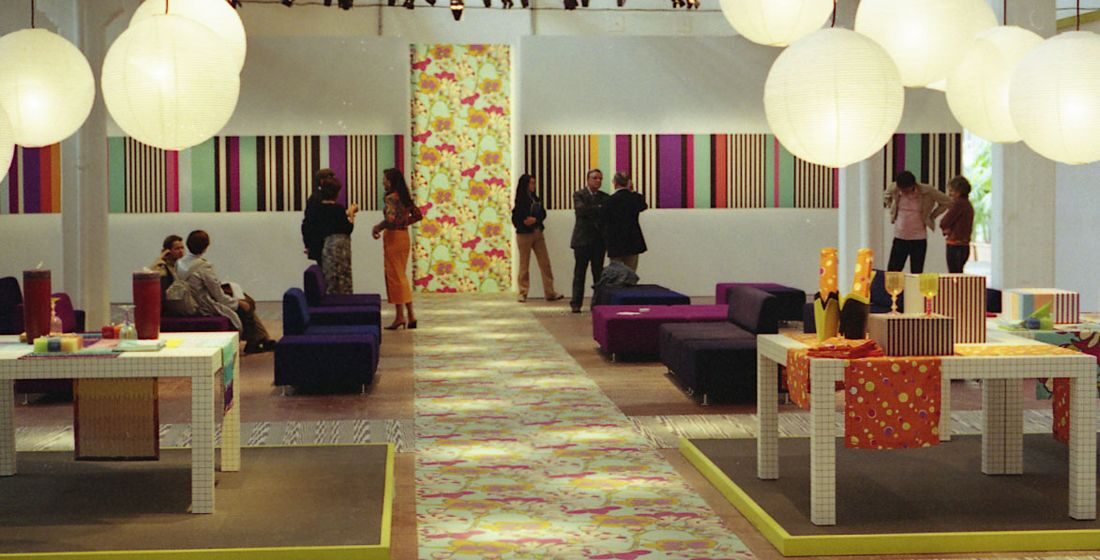 Since 2000 Superstudio, with its two locations Superstudio Più and Superstudio 13, has been the initiator of the project that spread design into the city, bringing it out from its institutional headquarters of the Fair. Starting from the Tortona District, where Superstudio is based, the April Design Week expanded throughout the whole Milan. A true city phenomenon replicated by other districts and a case study around the world. The great quality, commitment and selection of Superstudio’s project has changed title over the years (from Temporary Museum for New Design to Superdesign Show) but it has always been led by Gisella Borioli, CEO of Superstudio Group with the collaboration of Giulio Cappellini, designer, art director and great character of the world of design. The project has helped the city of Milan to earn a unique and international prestige and authority. Today Superdesign Show presents a coordinated direction and continues following its mission: “Only The Best“. Innovating constantly, presenting the latest valuable news from the worlds of design, technology and lifestyle in a landscape that unites great brands and start-up, archistars and young designers, industrial productions and proposals of craftsmanship under the sign of quality. This is the goal we achieve in our Milan venues during every Design Week.

In 2000 the large multi-cultural private exhibiting centre Superstudio Più is created in via Tortona. Design, in its most innovative aspects, is soon at home in the new Superstudio. Giulio Cappellini, the “made-in-Italy” design leader, and Via, association of the most interesting French designers, inaugurate the exhibiting space by bringing in Avant-guard design, young architects and designers that will become stars in the years to come with a new lively concept that designs the way of living and inhabit the future. Straight afterwards the objects and design exhibitions and cultural initiatives, spread rapidly also to Superstudio 13, the photographic studios in via Forcella, creating the first design pathway in this ex-industrial, some suburban area. This is the base and focus point of the new FuoriSalone in Tortona district that soon became the most lively and interesting district in the city. The event held alongside to the large “Salone del Mobile” in the new Rho Fair, offers the international design the opportunity to find new spaces and new ways of expression.

Superstudio emphasizes its leadership by creating new initiatives whereas the Fuori Salone in the new Tortona District becomes an example to the whole city that, along these lines, in the years to come, will open many more areas temporarily dedicated to design.

In 2009 Superstudio proposes the renewed concept of design expositions with an original and innovative project directly managed, by Gisella Borioli availing herself of the art direction of well-known designer Giulio Cappellini.

The district that developed around via Tortona and via Savona has become crowded of initiatives with an “excess of success” that brought a huge and curious international public as well as some concerns. Once again, Superstudio reaffirms its guiding and trend-setting role with a new project highlighting quality, coherence, research, innovation, the dialogue among contemporary visual arts. The TEMPORARY MUSEUM FOR NEW DESIGN is thus created: on the basis of “less fair, more museum” formula, it selects and invites its exhibitors by encouraging them to present new products through emotional and sensorial installations, enhancing commercial proposals with artistic and cultural incentives.

“Site specific” exhibitions, thematic expositions, selective group exhibitions, national pavilions, identification and highlighting of trends, international artists participation, common parts are set-up according to the year’s theme, lounge and areas for reflection or relax make the visit at Superstudio Più and Superstudio 13 (over 13.000msq exhibiting space, in fact the largest exhibiting private space of the area) not unlikely a tour in the great contemporary museums of the world. Instead of open stands of fairs, many closed “galleries” where design is valued in its productive and cultural contents. No logos at the entrances but titles and contents just like in art exhibitions. A little revolution that has immediately much success and influences other presentations over the following years.

Superstudio Group celebrates 15 years as protagonist of the international Design in Milan with the new format SUPERDESIGN SHOW, evolutionary project that replaces and incorporates the success of the “Temporary Museum for New Design” pointing out how design outdid itself, along with conventions, prejudices, categories, hierarchies, limits, boundaries and even physical laws, sometimes daring the impossible.

A large container that faces with renovated projects the present facts. On the one hand, the fascination of the Temporary Museum is preserved by entrusting some international brands with the task to explore the outer reach of creativity and narrate them in emotional paths that fascinate and surprise the visitor like a sensorial show. On the other hand, more and more opening to research, scouting, to selection of authors that experiment innovative solutions to improve our lives. Alongside with great protagonists of international design and multinational corporations, there come Start-Ups, Makers, Young Talents, Selected Objects, Art-Design, e-commerce, Fab-Lab, 3d Objects and all the latest expressions of design in a constant research and updating.

Superstudio confirms itself as the most significant pole of Tortona district. The new project is called Only the Best, always curated by Gisella Borioli with the artistic direction of Giulio Cappellini.

Superstudio Maxi in via Moncucco is a 10.000 sq.m, including 7.200 indoor sq.m. born from the regeneration under the name of art of an old iron and steel industry. The ideal space for big cultural events. Easily accessible by car, metro, with a large public car park of over 2.000 places.

Superdesign Show September Special Edition. Superstudio’s project for the Milan Design Week is a true r/evolution of our usual format made by theatrical installations and it is becoming closer to an art exhibition, rather than a fair. Using the rigour, the harmony and same museum-like care that has always characterized Superdesign Show, Superstudio presents a series of collective and individual thematic areas, each of them with one independent and competent curator.

The event takes place at well-known Superstudio Più in via Tortona 27: a great hub and a mouthpiece of innovation and creativity since 20 years. The need of concreteness, innovation, lightness, sustainability, inclusiveness, interconnection arising in the year after the pandemic transforms the iconic spaces of Superstudio Più thanks to the work of the exhibitors and the interest of visitors.

Superstudio Maxi in via Moncucco in Milan, hub for art, design, fashion, lifestyle, innovation, culture and communication. Superstudio Maxi, the latest location that is added to “13” and “Più” to bring more beauty, culture, innovation, vitality in the “Moncucco district” already alive with the presence of Iulm University, with the “big names” architectures installed in an exceptionally green area touched by the Lambro canal. Superstudio Maxi owes its name to its 10.000 sq.m area, including a single floor of 7.200 sq.m of covered exhibiting space with maximum capacity of 3.400 people simultaneously, the largest private exhibition space in Milan. It is the first Leed-certified location for events in Europe (world regulation for the construction of ecological buildings).

The book to remember not only twenty years since the opening of Superstudio Più, great multicultural and exhibition center in Via Tortona, Milan, but above all the contribution it has made to the development of  Fuorisalone in the districts and the change in design representation, switching from the product to the culture and research behind the product itself. DESIGN SUPER SHOW the latest book by Gisella Borioli with the graphic concept of Flavio Lucchini, retraces twenty years of innovative design exhibitions in 520 pages, 750 illustrations, 70 meetings with great international protagonists who have passed by Superstudio. A non-chronological diary of creativity and emotions about how architecture and the world of design have changed, and how the city has transformed thanks to the masters that have given their contribution.